The ProX® 800 printer gives you one single point of contact for expert application support and daily use of our gold standard Stereolithography 3D printing technology.

SLA: Stereolithography (SLA) was invented in 1983. This process uses the oldest type of 3D printers. It is known for its fast prototyping, ability to produce intricate models, patterns, prototypes and various production parts. This process converts liquid photopolymer resin (a special type of plastic) into solid 3D objects. This is accomplished by curing the resin with a laser, one layer at a time.

SLS: Selective Laser Sintering (SLS) materials are supplied in powdered forms. During the manufacturing process these powders are fused by a pulsed laser beam. This allows the creation of durable parts with complicated geometries and can be used to obtain early prototypes, wind tunnel models or casting patterns. Resulting parts have porous surfaces, but this can be fixed with finishing if needed. SLS is rather expensive, as it is necessary to maintain strict temperatures throughout fabrication phases. SLS is used for prototyping and small-batch production of functional plastic parts with good mechanical properties.”

Why Buy From CAD/CAM Services?

We are one of the only full function Reverse engineering firms in the US. This has given us a very different look on the market for the newest technologies how items are used & produced, along with an unbiased opinion. 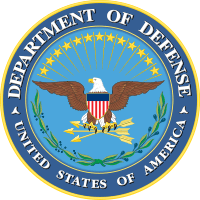